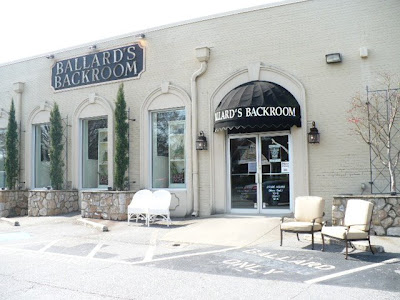 I went to the Ballard Outlet last week looking for some new slipcovers for my Parsons Chairs and brought my camera because I thought you guys might like to see what it looks like.

Who doesn’t love the European inspired Ballard Designs Catalog!! We actually have two outlets here in the Atlanta area. Oh and just because it’s an outlet doesn’t mean that everything is super cheap! It’s still ridiculously expensive in my opinion. They do send out postcards now and then that you can use for X% off. Also, on the window is usually a sign that says today extra 15-30% off of whatever. 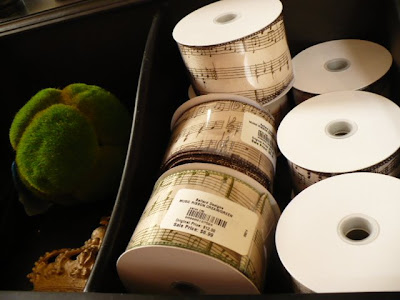 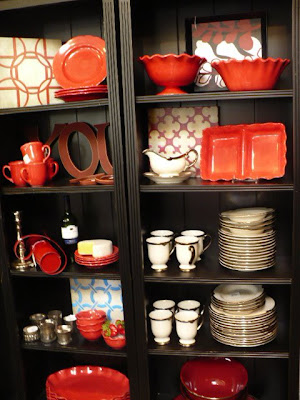 They used to be pretty good about discounting their chair slips but I guess now they think they’re selling them at a such a good price they don’t need to discount them. So they had slips but they’re full price! 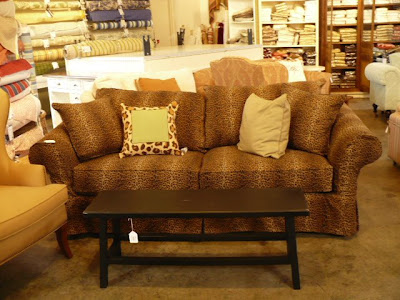 I don’t know…I think that’s just too much animal print for me! 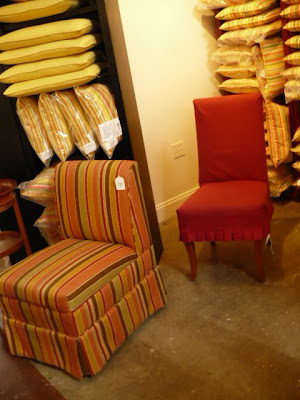 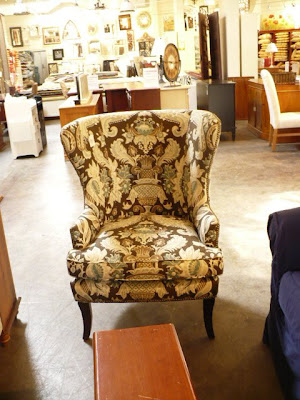 Their Thurstan Wing Chair in their Dafne fabric was originally close to $1000 (with that fabric) and now is marked down to $712.99. 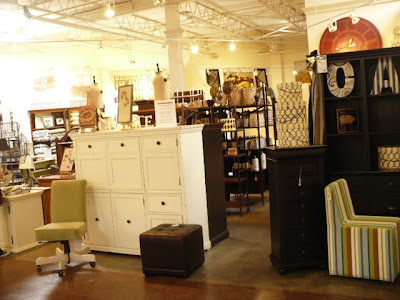 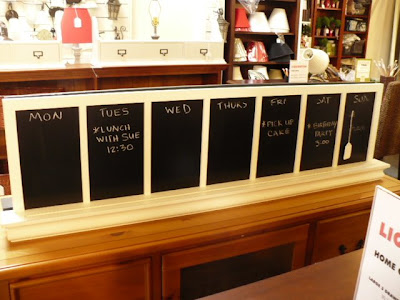 That chalkboard is a cute idea and I’m sure it’s easy enough to duplicate! 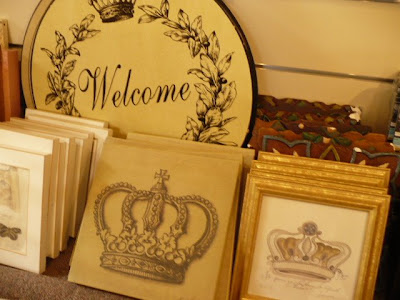 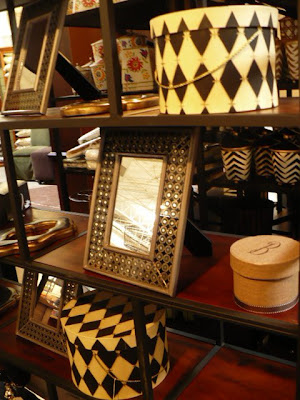 I was so excited when I saw these harlequin hat boxes….until I looked at the price that is! I can’t remember what they cost I just remember saying to myself “are they crazeee!” I think they’re $39 or $49. 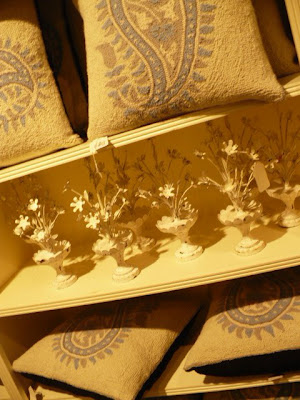 Letters! These CAFE letters were originally $129 in the catalog! How crazy is that! You can buy paper mache letters at Hobby Lobby and cover them with scrapbook paper yourself for a fraction of the cost! 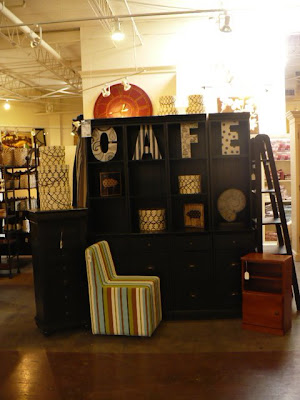 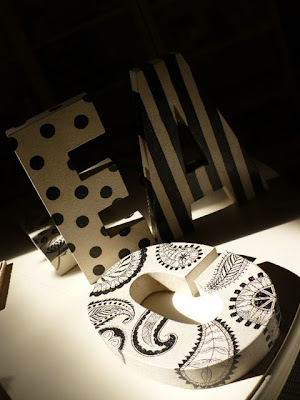 Some other letters covered in sheet music and antiqued. 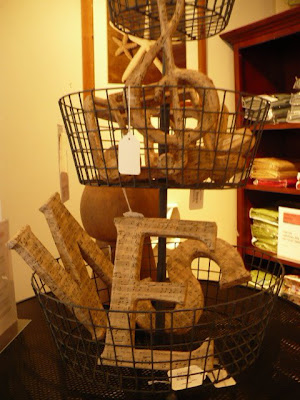 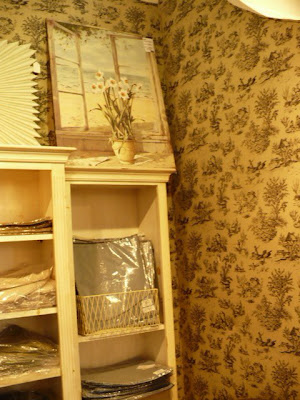 This little area had walls that were upholstered in toile fabric. You know I loved that! 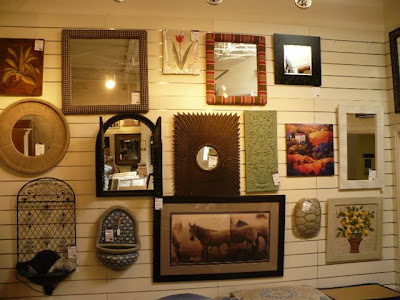 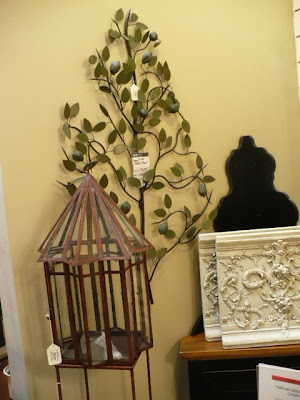 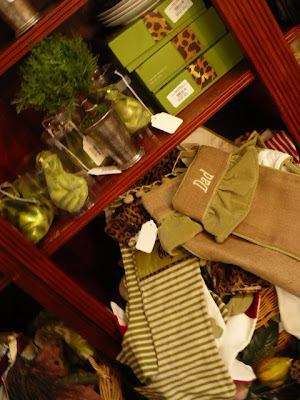 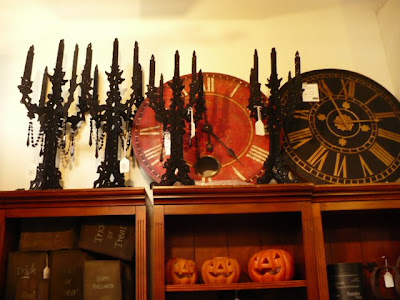 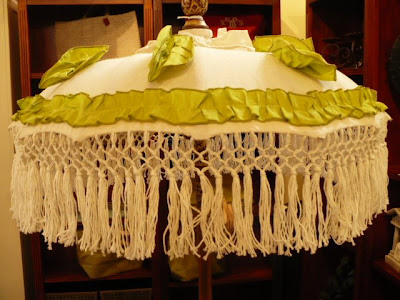 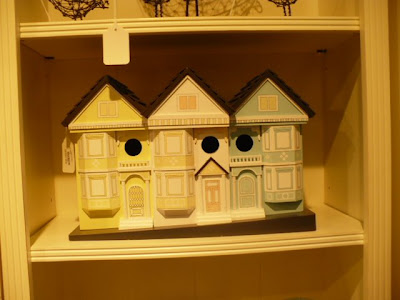 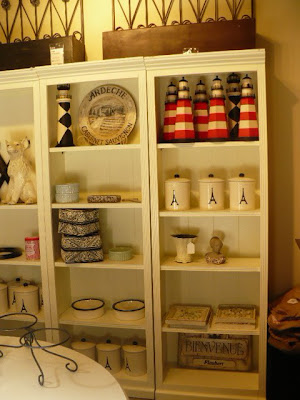 Sigh…this mirror is just what I need in my foyer! 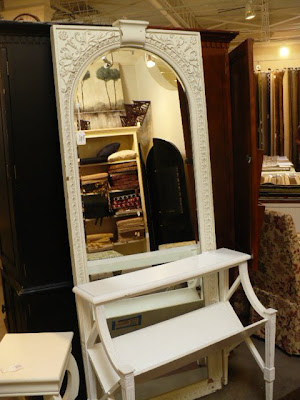 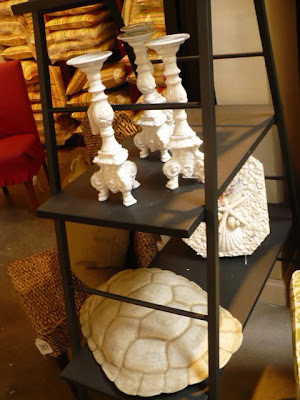 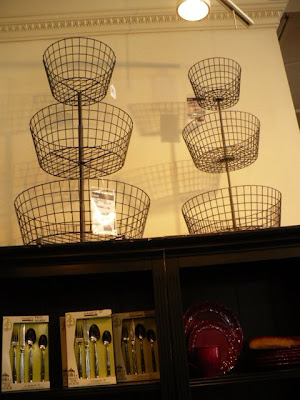 It was fun to go and look but most things were way more than I’d want to spend. But I have been to the other location in Roswell on a Saturday when it’s packed and people are lined up at the registers!

So now you’ve all been to the Ballard Outlet. What do you think?

I’m out planting stuff today and tomorrow. Have a wonderful weekend everyone!