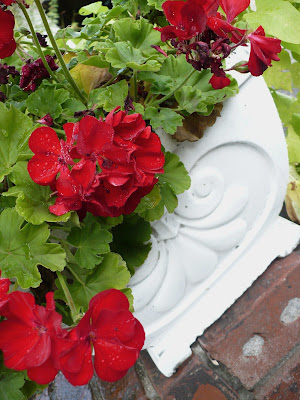 Jen at Sanctuary Arts is having a before and after party and since most of my B&A’s are usually rooms or furniture I thought it might be fun for you all to see the exterior of my house and how it’s changed since we bought it 10 years ago. 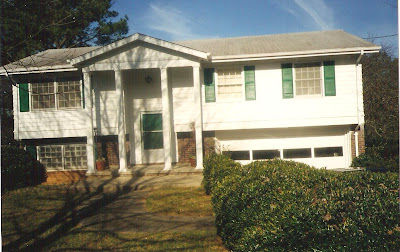 10 years ago this was a fixer (and we’re still working on it)! I don’t know if I’d go through this again though. It was in bad shape when we bought it and every year we try to fix one major thing. It’s slow going but we’ve accomplished quite a bit! That’s why it kills me when I watch a show like HGTV’s House Hunters and they come back after the couple has purchased the house and it’s totally re-done…top to bottom! In as little as three months! You are very lucky if you are able to finance that kind of work. I think most of us just have to do a little at a time as time and money allows. 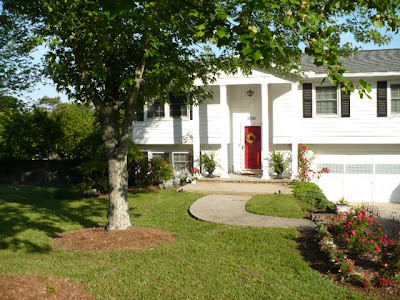 Yes, I painted the brick! I can’t tell you how many neighbors (all men) came up to me telling me what a mistake I was making while I was painting! I’m so glad I did. I thought the brick with siding chopped the house in half and having it all one color makes it look so much more cohesive. 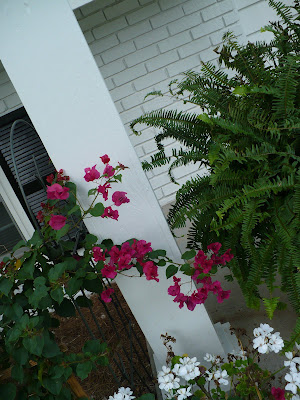 The roof is new, as are the gutters, the windows are new, the storm door is new, that’s the original door but I painted it red and we added black shutters instead of the green and this year we installed a new garage door (mainly because the old one broke and we had to). 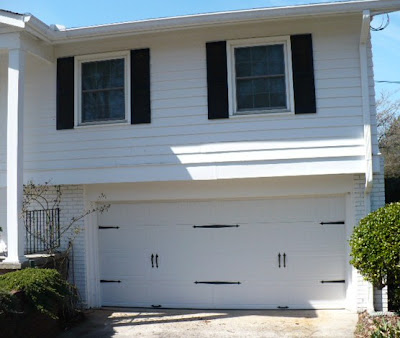 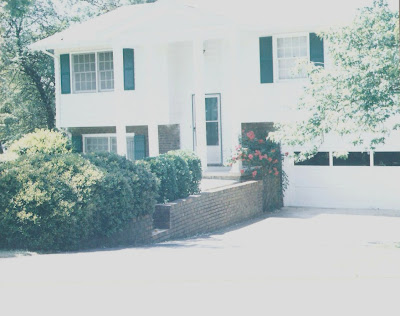 We tore out all those bushes along the driveway. Again, the line of bushes made it seem like that’s where the house stopped. Without the bushes you can see all of the house. 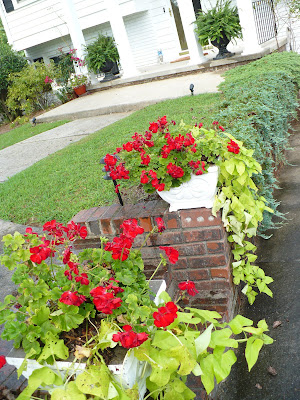 I added three Knockout Rose bushes on the other side of that concrete planter. They have since filled in quite nicely and are still blooming! 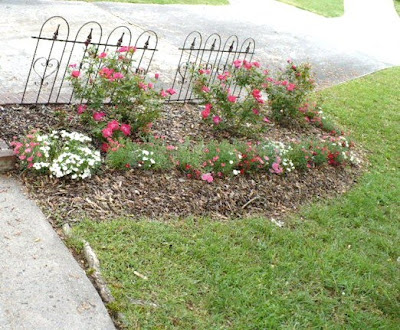 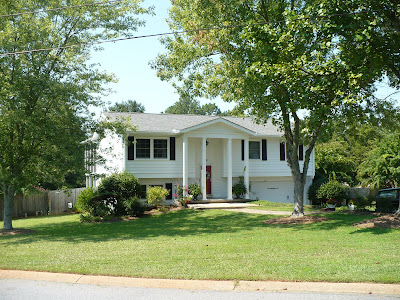 This is the deck we had built 10 years ago. The one that was here when we bought the house had to be torn down since it was unsafe due to termite damage. I haven’t done a thing with the concrete patio. That’s a project for next year or maybe the year after that! 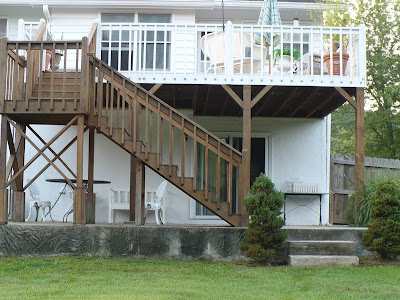 This is the screened porch we had built the summer of 2007. 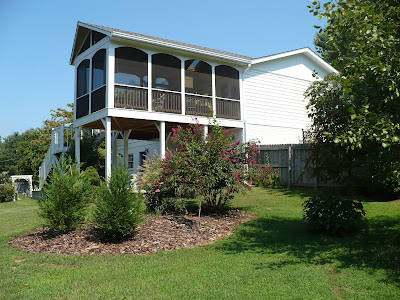 The little planting bed you see in front is one I started two years ago. There used to be a big ‘ol pine tree there that we had removed a few years ago because we were always afraid it was going to fall on the house during a storm! So I started planting a few things last spring and I’ll add a few shrubs now and then as I find them and enlarge that bed as I go along.

I found some before photos of my kitchen, my master bath and a few other rooms but I’ll save those for another day!

Sometimes all you see are the things that still need to be done or things that you just want to change. It feels good to look back and see all that has been done! I was pleasantly surprised! 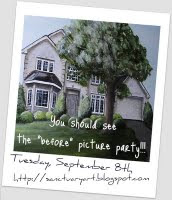 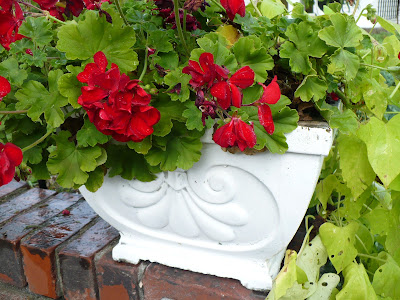 « Is it Too Early For Pumpkin Krunch?
Cleaning The Mirrors In Your Home »