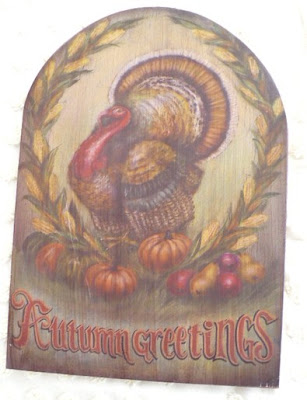 Last year Target had some fall planters that had twigs and things in them and I really wanted two for my mantel. But you know they were a crazy price (I find all their wreaths and faux arrangements extremely overpriced)! So I waited for them to be on clearance. Well the first markdown was hardly anything. So I decided to wait some more. Apparently other people are happy getting 15% off because they were gone the next time I went! Fast forward to this year, they have them again. But I decided to make my own. I was just going to use twigs from my river birch but I happened to be in Michael’s and they had their fall dried bouquets marked down by 60% to $3.99. I bought two bouquets, trimmed some thin branches off my river birch and reused the planters I already had. 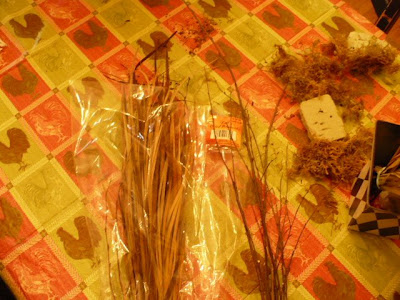 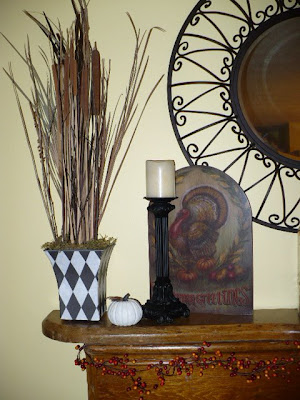 Eight dollars beats the ridiculous price they were going for at Target and the Target ones were in terra cotta pots. 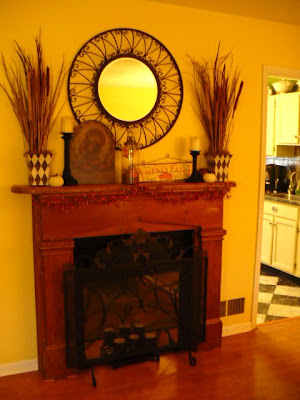 I bought my plaques last year at the end of season and you want to know what. They have the same things this year! 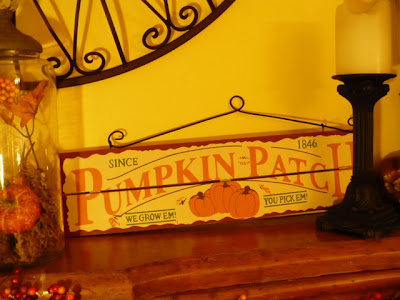 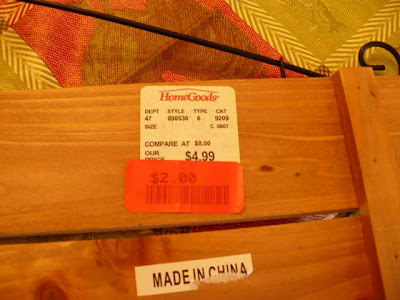 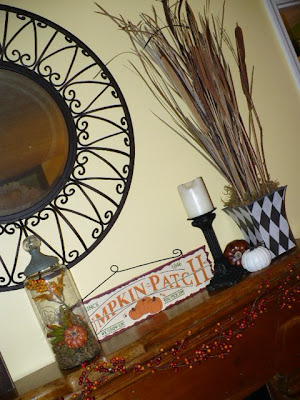 I also made those planters this spring. I saw a picture in some magazine where they had these beautiful huge harlequin planters on a mantel and I loved the look. I had similar style planters only mine were much smaller in size and a bit rusty! 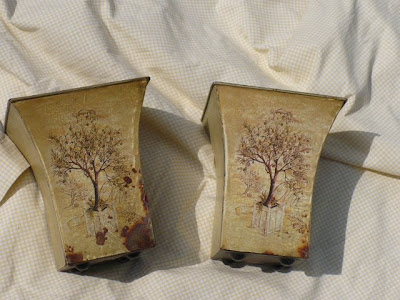 I sanded off the rust and sprayed them grey. Then I took some harlequin scrapbook paper and used the planter to trace the shape. Glued on the paper and went over the top with some modge podge. 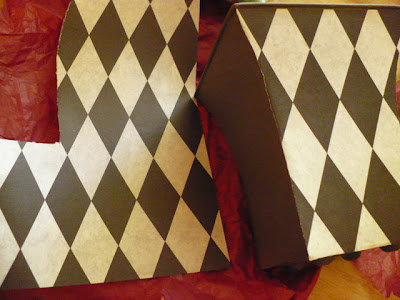 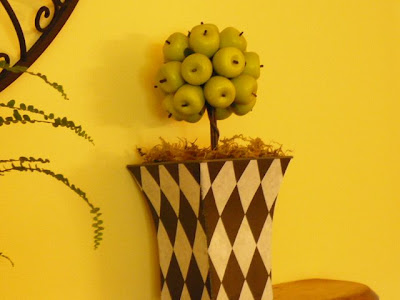 They’ve held up really well and everyone always comments on them and can’t believe that’s paper! You could do this with some checkered contact paper or if you’re good at painting just paint on the checks.

I didn’t do a thing with my china cabinet yet! It got really cold and I got distracted with finally putting up some decorations outside since it’s finally feeling like fall around here and then I wanted to do my mantel. Hopefully, I’ll have time to work on it this weekend.