Those of you who have been reading my blog for a while will know that I love the “Little House on the Prairie” books. 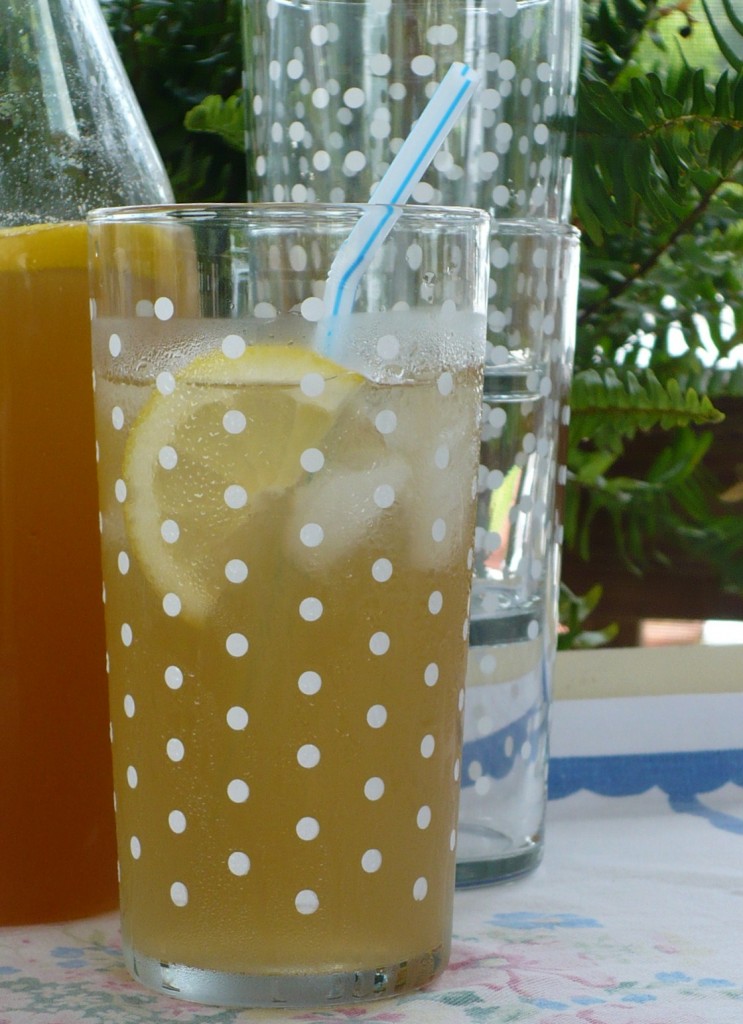 I re-read them every year and my favorite one is “The Long Winter“. I save that one for a really really cold day in winter, which in Georgia isn’t until about January or February.  In that book there’s a part where Laura helps Pa with the hot tiring job of haying and at lunch time…

“Ma had sent them ginger water. She had sweetened the cool well water with sugar, flavored it with vinegar, and put in plenty of ginger to warm their stomachs so they could drink til they were not thirsty. Ginger water would not make them sick, as plain cold water would when they were so hot“

I always wondered what that tasted like. I thought flavoring something with vinegar was odd. But in doing some re-search, I found that it was quite common for ordinary folk back then  to use vinegar as lemons and oranges were not available to them. So the only way they could get that tart tangy taste was to use vinegar. 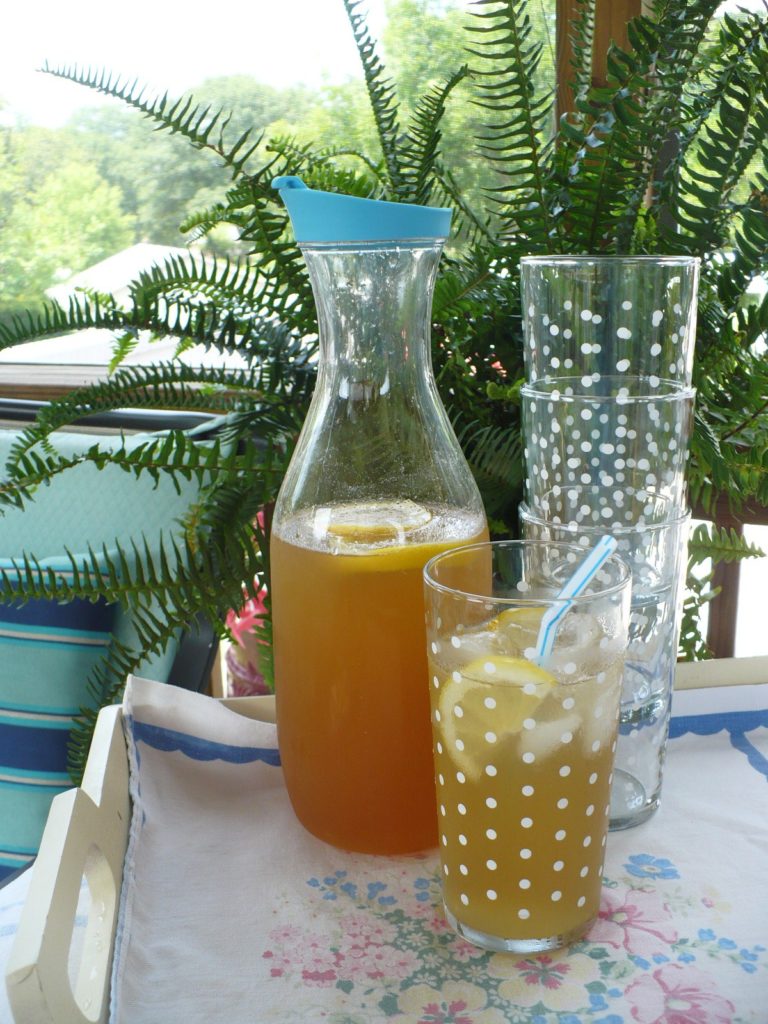 I was so excited when I found the recipe for making Laura’s drink in “Making It – Radical Home Ec for  a Post Consumer World” by Kelly Coyne & Erik Knutzen. The drink is called Switchel or Haymaker’s Punch  and it was the drink of choice for hot tired workers. A sort of pre-cursor to the sports drinks of today like Gatorade.

There are quite a few recipes out there for this drink but they are basically all the same.  The recipe I used is from the book and it’s quite delicious!

In a sauce pan heat the vinegar, honey & ginger (except if using powederd ginger). Simmer for a few minutes and then remove from heat and let it sit for 15 min or so to let the flavors meld together

Strain the ginger or add your powdered ginger. I made mine the day before I was going to use it because supposedly the flavors mellow the longer you let it sit.

To serve – add all the vinegar, honey & ginger mixture to about 1 quart of cold water and stir. I added a bit more water since I thought the taste was too strong, so taste before serving and make your adjustments. I added some sliced lemons. 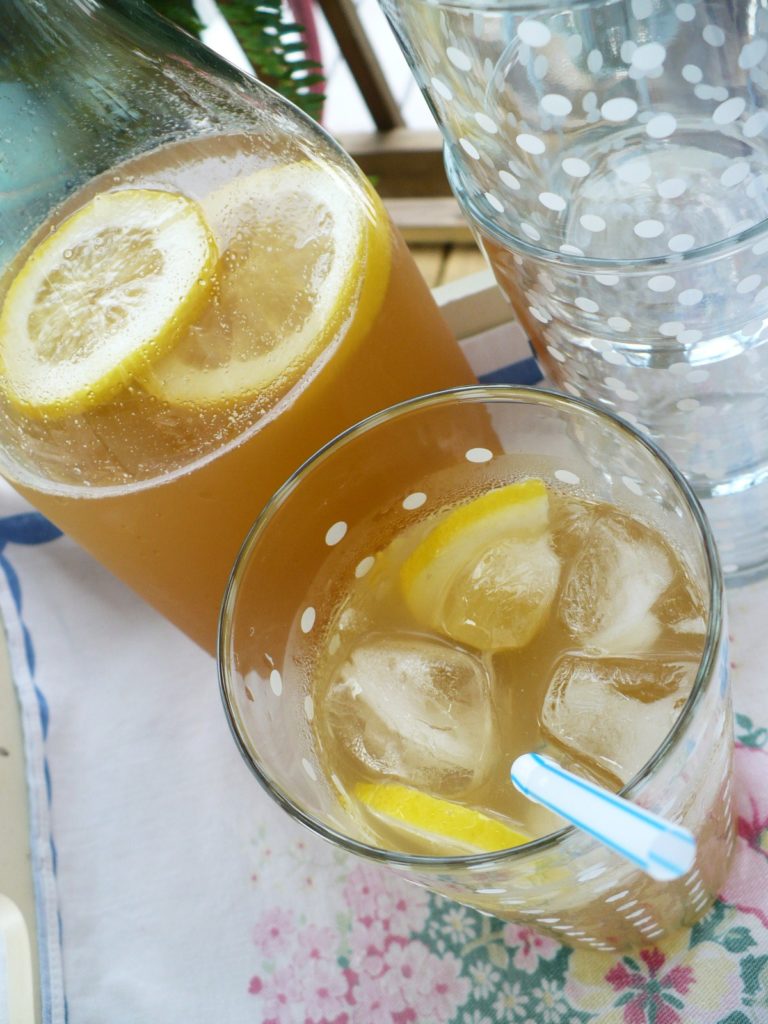 It’s surprisingly delicious and refreshing, is an economical drink as it’s made with ingredients most people have on hand, and you know what’s in it versus buying a drink at the store.

I hope you try it!